Your username or password is incorrect. Please try again.

Enter the email address you registered with us below.

If we find an account registered with this address, you'll receive an email message with your username and a link to reset your password within 3 minutes.

That didn't work for some reason . Please try again or get in touch so we can help you out.

Make a one time gift to Glasgow Causes.

When you set up a Donor Challenge, you agree to donate a defined amount if a certain number of donations are made or a certain amount of donors give.

Make a one time gift to Glasgow Causes.

When you set up a Donor Challenge, you agree to donate a defined amount if a certain number of donations are made or a certain amount of donors give.

Can’t find the cause that inspires you?   Contact us 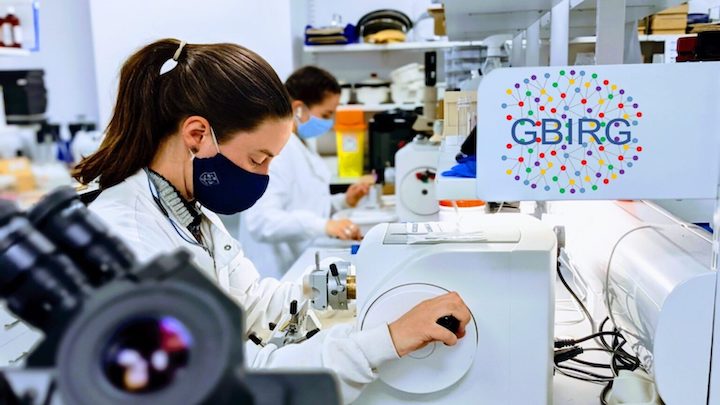 Glasgow Brain Injury Research Group (GBIRG), based in the Laboratory Medicine building at the Queen Elizabeth University Hospital in Glasgow, is changing lives with their research. Your support could make a huge difference in the incredible work being done by this team.

Led by Professor Willie Stewart, GBIRG is investigating the biology and pathology of traumatic brain injury (TBI). These studies aim to describe the range of pathologies that occur in people exposed to varying severities of brain injury, from repetitive mild TBI (such as those sustained in football, rugby or boxing careers), to single moderate or severe TBI through car accidents or assaults. This work is particularly geared towards understanding TBI and the increased risk of dementia as an outcome.

Your support would help several ground-breaking projects, including:

The FIELD study found that former professional football players had approximately a three and a half times higher rate of death due to neurodegenerative disease than expected. The findings from Dr Stewart's research have already made a huge impact on this community, but it is only support from people like you that continues to make this possible.

You can be part of giving family hope during their darkest time: Frank Kopel became a professional football player in 1964 at the age of 14 and half, he went on to have a wonderful career and family life; however, in 2008 he was diagnosed with vascular dementia. Without this research he would not have been able to secure the appropriate treatment during his lifetime. Help support our athletes one last time - ensuring they receive the treatment they deserve.

Be part of giving back hope to those suffering from a Brain Injury - a gift of any size could change a life.

now
Let's get this started! Be the first to make a donation